Verse:
Proverbs 28:1 reads “The wicked flee though no one pursues, but the righteous are as bold as a lion.“

Devo:
As LEOWs we are used to seeing the lion used in blue support-on tribute shirts, in memes, on officer coffee cups. Not only are lions often used as a symbol of strength and leadership but they are also referenced in the Bible, often used as metaphors for both the good and the bad.

I would be lying if I didn’t also tell you that I often think of The Lion King when I see those shirts and mugs. Even though it’s a children’s movie, I think we can take a lot from it. In it, the lions are symbols of power-and isn’t that true of our officer as well? They are also thrust into the spotlight to lead their pack, even when they feel unprepared or unworthy like Simba. Don’t our officers feel that way sometimes, too? They are the main source of protection for their kingdom, in good times and bad-and I know your officer understands that feeling.

This week I encourage you to appreciate your officer for the bold lion that that are, while also realizing that it doesn’t come without cost. How blessed are we to have officers who care for those who care so little, and who peruse boldly when all else flee.

Prayer:
Lord, thank you for giving me my own personal lion. You have created my officer with bravery and boldness. Please forgive me if I don’t recognize that enough. I ask that You protect him as he is off protecting the kingdom, and grant me a peace of mind when he’s away. I pray that You use my officer’s lion heart as an example to the people who do not know You, and that through his courage and loyalty they will begin to see Your goodness and Your sacrifice. 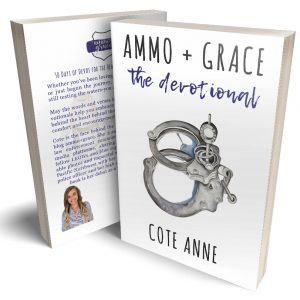